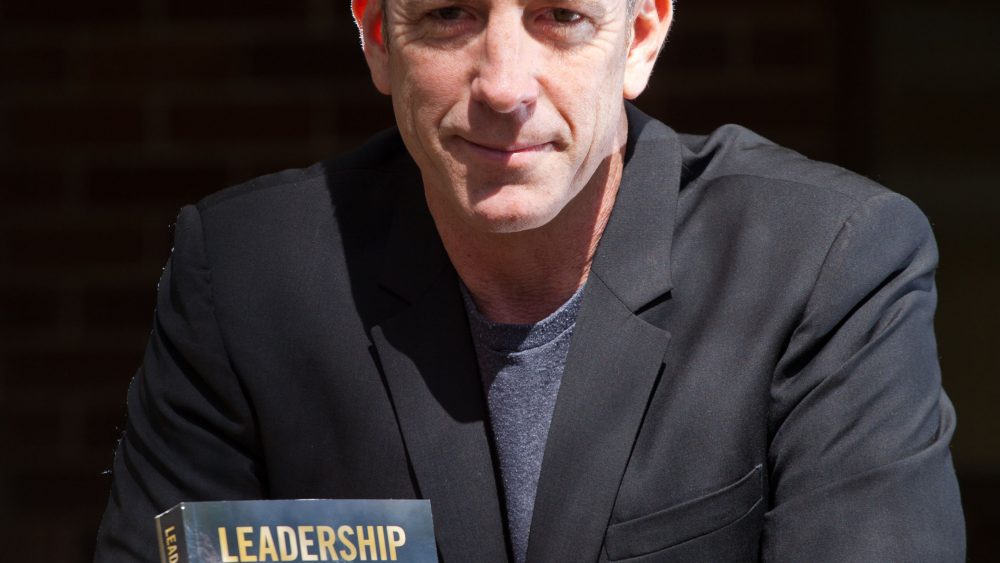 Leadership Alchemy in the Illawarra

Jumping on the publicity train is definitely so much harder.

Please listen to my discussion (or read the transcript if you prefer) with Nick Rheinberge focusing  on all things leadership including my journey into coaching.

Nick Rheinberge:             I’ve got a brand new read for you. In fact, you can take it on holidays with you because it reads kind of like an adventure novel, like a Dan Brown novel, but it’s all about leadership and about psychology. This is courtesy of Peter Shields who’s one of our local leadership coaches who joins me in the studio now. Good day Peter, how you going?

Peter Shields:                    Right. Thank you. Yeah, my intention is to translate the academic theory and go beyond the MBA style training to help leaders explore what actually happens for adults in a large groups of people all aiming to have a profitable career.

Peter Shields:                    One CEO I know, when he heard I was writing a book he said, “Oh great, something else to pile up on my bedside that I’ll never read.” Many of us in the industry do buy all the academic books and suffer through the case studies. So, the intention was to have a narrative driven arch for each character that explored the adult experience. Not just the shiny side, which often psychology wants to propose, but the shadow and the challenging side of adult life and career.

Nick Rheinberge:             Yeah, well the major part of this is about dealing with your shadow side as a leader and presumably as a human being. What does that mean?

Peter Shields:                    Yeah, the shadow was first described by Jung as the disowned parts of your own identity and what happens with that, for example, boys typically learn not to cry during their early life. Girls typically learn not to be angry. So, therefore our community, our families, our schooling suppress those sides within both genders and then it ends up in the shadow. The challenge for that, for leaders, is that when they’re complaining or challenged or frustrated by others it’s usually a shadow projection. So, the offer of Jungian psychology is to understand your shadow so you can know the difference between your own fears and the fears and worries of the workforce or the team.

Nick Rheinberge:             It reminds me of a piece of advice I heard once, which is when you get off the phone and you slam the phone down and you start to complain and you go, “Oh, */%v this guy is … ” They are probably saying exactly the same thing about you.

Nick Rheinberge:             If you’re making some sort of complaint and you’re bitching about someone …

Nick Rheinberge:             That person that you just interacted with is probably saying exactly the same thing. So, is that what you mean, about your own shadows get projected in your own frustrations with other human beings?

Peter Shields:                    The psychologists call it externalizing. So, you externalize all your problems, your challenges and also opportunities. So, people wait. They wait for others to give them permission. They wait for someone to save them or fix them. That’s all a projection as well. So, the neuroscience is showing we have about 70,000 thoughts a day and 80% of those are negative. So, how do you lead if that’s the case? This proposes it’s impossible, unless you understand how you’re thinking and how you may be interpreting that which is happening around you.

Nick Rheinberge:             So, this sounds great for a weekend hippy retreat somewhere, but how do you apply this to the cold hard world of business?

Peter Shields:                    Well, I saw one CEO come in who had a mandate from the board to get a collective bargaining agreement across. It was 5,000 employees. The union was against the agreement and I saw that very stressed CEO say to the executive, “If I hear one more word about that from you, the unions perspective, you’re fired.” So, he was very anxious and concerned and had a specific goal that was set by the board. They went ahead. They ignored the union. They ignored the fear mongering that was happening and that organization lost the collective bargaining agreement, 87 to 13. He lost his job three months later.

Then they brought in another CEO to fix the disenfranchised culture. So, this is how the composure, the thinking, and the way the leader places their energy actually impacts the bottom line.

Nick Rheinberge:             So, in the process of doing this, what is your sort of source material? Are you looking back at psychology, or is there a brand new branch of it called creative psychotherapy for instance?

Peter Shields:                    Creative psychotherapy is about expressing and releasing rather than analysing and managing. It’s a very Jungian idea. For the leader who learns that, they can listen to negativity in a conversation without being subject to it themselves. So, this book leverages the Harvard work of adult development research and how a leader and/or adults can transcend beyond fear to creativity.

Nick Rheinberge:             Mm-hmm (affirmative). I have a theory that … I don’t know whether leadership can really be taught. I think the problem is a lot of people get promoted to roles of leadership they are just not suited to do it. I mean, this is the Peter Principle. Isn’t it? You rise to the level at which you are most incompetent.

Nick Rheinberge:             All good salesmen become sales managers and mostly they’re hopeless at being managers. They’re good at actually going out and pressing the flesh and selling stuff.

Nick Rheinberge:             When you put them in management they’re hopeless. What’s your take on that?

Peter Shields:                    Well, that happened to me when I was 27. I was promoted. I was talented in sales. They made me the state sales manager and I was terrible at managing. I totally agree. That’s why we’ve written this as a book. There’s a bunch of characters that everyone can identify with and it’s about tempting people beyond the fear and into what’s possible. ‘Cause you’re right, leadership can’t be taught. It has to be chosen by the individual. If you choose or a leader chooses, they can actually transform from the inside out but it can’t be taught to them. You can’t send them somewhere and have them taught.

Nick Rheinberge:             Okay. That would undermine your whole business because you’re a leadership coach.

Nick Rheinberge:             Oh my. That’s just a great human thing, isn’t it? To stop blaming everybody else for your problems and start taking responsibility.

Nick Rheinberge:             What’s your own background? How did you get into this part of the business?

Peter Shields:                    Oh, actually it was interesting listening to you talk about books before. I read a book called The Alchemist by Paulo Coelho, when I was 18. I truly feel that book taught me about what’s possible rather than settling for what I have, but I studied science. I ended up being in the chemical industry and I ended up in the sales side. Was promoted to my level of incompetence. Was retrenched and given 8 months worth of money so I went overseas and that’s where my world opened up. I returned to study psychotherapy and then came back to the corporate world as a consultant and coach and aimed to translate beyond the psychobabble and beyond the fear and just help leaders find their way.

Nick Rheinberge:             That’s a very interesting combination of qualities to have been at the face of sales and then studying psychotherapy.

Nick Rheinberge:             And coming back as a business coach. So, how do you sell yourself? What would a company typically get you on board to do? Is it very similar to this one here? It’s like, I’ve got a 12 month program. We’re setting succession plans and we’re finding out where the company’s going to go and what your legacy is going to be, for instance.

Peter Shields:                    Yes. There’s two types of engagements we get invited for. One where someone’s being sent to be fixed and it’s their last sort of chance. I dislike those engagements. The better engagement is where a leader has a vision and is aware that they need to foster the intelligence, the creativity, the passion and the enthusiasm of the whole team to achieve the vision. Then we guide them through executive coaching and then help them learn to become the alchemist of the strengths and the resources they have in the business rather than paying for external consultants to come in and tell them what to do or how to fix or how to restructure. It’s just so much money is consumed that way.

Peter Shields:                    Pretty interesting. Yeah. My peers are excited about it. Leaders are intrigued by it. Yeah. It’s early days. This is an early copy you have sitting in front of you. But yeah, reception’s been interesting.

Nick Rheinberge:             Well, I’d imagine one of the criticisms might be that it’s a long book and you’ve gotta get through all of this to get to the little gems that are inside it rather than a business person going, “Well, couldn’t he have turned this into an A4 pamphlet?”

Nick Rheinberge:             But, you know, perhaps the experience of going through it is the point.